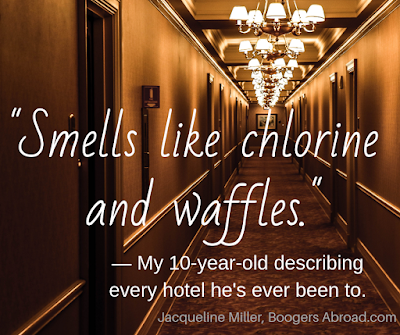 You made my son famous in our neighborhood in the Netherlands, where only foreigners bothered with such safety equipment. I’m not exaggerating when I say that people would point and laugh and shout at the boy with the silly bike helmet.

You also caused much angst and annoyance as my son grew from tween to teen and petitioned to forgo the cumbersome mom-required headwear.

When you were passed down to my youngest child, who wears only black and is painfully polite and quiet spoken, you caused even more unrest in my home. 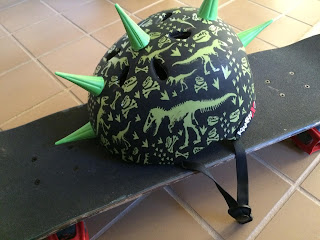 “I have to wear THIS!?” he pleaded. It’s true, the neon spikes don’t jive at all with his personality. And the dinosaur pattern is much too babyish for someone in the double digits.

Oh, green-mohawk helmet. With that in-your-face, punk-rock attitude. And your ever-present inflexibility. You’re the cause of so much foot-stomping, huffing and silent treatment. The catalyst of oh-so-many arguments.

But thanks to you, mohawk helmet, when my child’s skateboard shot out from under him at the skatepark Sunday, and he crashed into a cinderblock wall head-first, YOU took the brunt of it.

What could have been a concussion and multiple fractures instead resulted in a cracked helmet and broken thumb. You sure went out with a bang, green-mohawk!

But, in fact, thanks to you, we can joke about the crash at all. My kid is still smiling as he picks out a new helmet, his digit stabilized in a perpetual thumbs-up for the foreseeable future.

Yes, right now it’s just a funny anecdote we tell our friends. But without you, green-mohawk helmet, it would have been a nightmare. 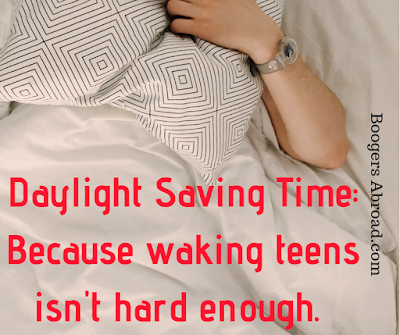 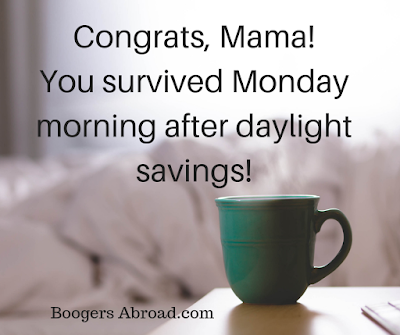 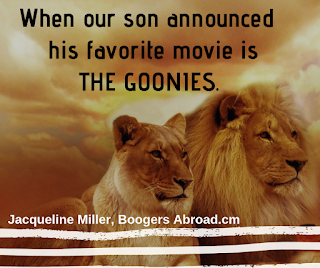 I'm a former journalist and corporate writer/editor. Here you can find my musings about moving abroad (and back), special needs, my puppy dog and everyday mom stuff.
My articles have recently appeared in several fine publications. Read them here.